Who Moved My Glasses?

I sat in the adult-sized exam chair, feet straight out in front. The ophthalmologist held a stiff white piece of paper in his baseball mitt-like hands. He was the ugliest man I’d ever seen in my seven years of life. And the biggest.

I was in second grade. I’d been having trouble in school, and my grades must have dropped. Someone suggested to my mom that she take me to the doctor to have my eyes checked.

He said in his raspy voice, “Janie, can you tell me what letter this is?”

I was desperate to please him, lest he crush me with those banana-like fingers. “Uh, is it an A?”

He exchanged a look with my mother. Uh oh. I braced for certain death. Or at the very least, loss of an eye.

“How about now?” He moved toward me a foot or so. Not so close, big guy.

I looked to my mom for protection. Throw me a bone, Mommy. She wasn’t even looking at me. No help there.

The giant chuffed out a breath like a restless sleeping dragon. After what seemed like five excruciating hours, it was determined I needed to wear glasses when I was in school and whenever I read, which was pretty much all the time.

“Hey Coke-bottle bottoms!” became the new name my older brothers had for me. “Time for dinner. Don’t forget to wear your Coke bottles so you can see what you’re eating.”

Kids at school called me “four eyes.” What seven-year-old wants a nickname like that? No wonder I regularly misplaced my glasses.

Now my friends are also of a certain age, most of them need reading glasses. They say, “I have five pairs of reading glasses strewn about the house, yet when I need them, they are nowhere to be found.” Hmm, are they channeling their inner seven-year-old?

My problem is, my eyes are so bad without my glasses, I can’t even see to find my them. Some mornings I’m hunched over every surface in the bedroom and bathroom, searching for the wonderful invention that brings my world into focus.

They say old age isn’t for sissies. I face this truth every time some new circumstance reminds me of my advancing age. These days reality checks seem to come with greater frequency.

At work, we have one of those machines that hold a five-gallon water bottle on top. When the bottle is empty, you pop off the empty one and slip on a new one.

Remember back in the seventies, those bottles were made of glass? Everyone made terrariums from them. We’d pour some small rocks down on the bottom, then add dirt. I had a special tool attached to a bent coat hanger to tamp down the dirt. I’d plant some tiny plants in there, water it, and watch the green shoots thrive in the moist and humid environment. I was quite pleased to see the plants grow. Some people put ceramic critters in their terrariums to make them look like a forest scene.

The plastic bottles don’t work quite the same.

Back to the subject. I work out. I can easily lift thirty pounds. But somehow those heavy water bottles have me stymied. Today I told myself, “You can do this!” I popped off the empty, then turned the filled bottle on its side. I rolled it to the machine and bent down to pick it up. I used my leg muscles, not my back, of course. Haven’t we learned what happens when we lift with our back?

I lugged the bottle toward the top of the machine. As I began to position it, the machine tipped to one side. I tried to stop its downward projection with my leg and ended up dropping the bottle. It slid down my leg and bounced off my shin. Ouch!

My two young staff members ran to the break room to see if I was all right. They are both in the twenties. One said, “Jane, let me get that!” She hoisted the bottle onto the machine like butter on a warm biscuit.

“You shouldn’t be lifting that,” she chided.

“Why not?” I wanted to ask. It wasn’t until I got back to my desk and replayed the conversation that it hit me. She thought I was too old to be lifting a heavy water bottle.

A couple of years ago, a group of friends went to see Three Dog Night at the state fair. As they started to perform, I looked around the audience. I nudged Mike. “Look at all these old people here at this concert.” He looked down from his six-foot five height with confusion.

Reality check. I was one of those ‘old people.’ Three Dog Night was popular in the seventies. The entire audience was made up of fifty to sixty-somethings. This band was cool thirty-five years ago. Now we were just a bunch of aging Boomers, anxious to recapture our youth.

How’s this for a slap-in-the-face-reality check. You know those black specks you sometimes see floating across your eyeballs? I believe the medical term is “floaters.” (Seriously. That’s what they’re called.) They are caused by the gel-like material in your eye detaching itself and floating around in there. By the age of 50 years the vitreous has separated from the retina in about 50% of all people. At first, they’re annoying, but eventually your brain learns to ignore them. No one knows why they occur, but they are associated with aging. Of course. One more thing to fall apart.

My brain refused to ignore those pesky little black things. As a matter of fact, they seemed to morph into a constant haze. No amount of rubbing helped. Eye drops didn’t work. I finally decided to seek professional help.

After a thorough eye exam, including the dreaded dilation, the verdict was in. “You have cataracts,” the doctor announced. He sounded pleased, as if he’d just discovered the cure for cancer. The only reason I didn’t punch him in the nose was his next statement:

“You are, however, a bit young for cataracts.” Bless his heart.

One thought on “Who Moved My Glasses?”

Bringing the written word into the world, from craft to business. 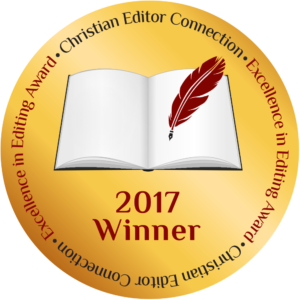 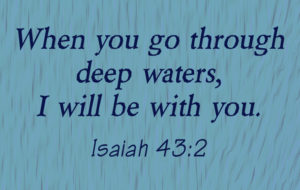