When a Caregiver is Abused

As a bank manager, I receive ongoing training in financial elder abuse. I am trained on how to detect abuse, and when to report it. The bank has protocol on how to separate the older person from the family member or friend who may be taking advantage of them.

In addition, it seems there are news reports of nursing home abuses, and caregivers who physically or emotionally hurt the ones they are paid to care for. Often these situations go unreported due to the fragile mental and physical state of the abused.

But what about when a caregiver is abused by the one she is caring for? 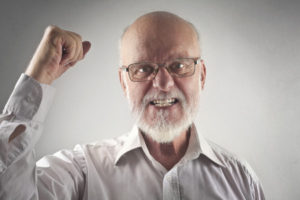 My friend, ‘Peggy,’ told me the story of taking care of her mother-in-law when she became too ill to live by herself. Peggy and her husband, ‘Jack,’ moved Jack’s mother into their spare bedroom. She lived with them until she passed away, four years later.

Peggy said her mother-in-law criticized everything; the food Peggy prepared, her housekeeping skills, the way she dressed, even the way Peggy made her bed. When Catherine developed symptoms of dementia, she became combative. At times, when Peggy tried to help her into the shower, she’d lash out verbally and physically, often hitting Peggy in the face.

Agingcare.com speaks to this subject in a blog by Carol Bradley Bursack.

“My take on this is, unless the elders are people with personality disorder – which is a mental illness – they “turn on” the one adult child who is showing the most love by doing most of the care because they feel safe enough to do so. They don’t consciously abuse this son or daughter, but they are frustrated and need to vent this frustration about getting old, having chronic pain, losing friends, having memory issues, being incontinent – all of the undignified things that can happen to us as we age. On a gut level, they trust that this caring person won’t leave them.”

What’s a caregiver to do?

1. Don’t take it personally. Sometimes an older person lashes out because of their own frustration

2. Set boundaries. Be firm, yet loving. Let your parent or loved one know what is and is not acceptable.

3. Get help. Sometimes an outsider can help diffuse the situation, or offer suggestions on how to deal with the outbursts.

4. Consider an alternative living situation. This emotionally-charged conversation is best done when things are calm and emotions are not running high.

In my friend, Peggy’s situation, putting her mother-in-law into a nursing home wasn’t an option. She engaged her husband, Jack, to tell his mother what was and wasn’t acceptable behavior. Because of her mother-in-law’s slide into dementia, her behavior worsened. Peggy learned her own coping mechanisms.

1. Daily prayer and quiet time. Peggy’s morning ritual girded her up for what each day would bring.

2. Respite care. Regular, scheduled time away from home helped keep her sanity. If Jack wasn’t able to stay with his mother due to work, Peggy enlisted the help of a friend or neighbor to stay for a few hours.

3. Unconditional love. Peggy and Jack had determined to love Jack’s mother no matter what. This decision helped them stay the course on the days when Mom was especially difficult. This wasn’t always easy, but together they had decided to care for Jack’s mother until she passed.

If you or someone you love is being abused either physically or emotionally by a loved one, please seek help. Ask a friend, pastor, or counselor for help. You can also see our Resources page here.

AgingCare.com, Elders Who Abuse The Relatives Who Are Taking Care of Them, by Sarah Bradley Bursack, 2016 AgingCare LLC